Today, I’m launching Privacy on AppStore. My weekend project. It’s the most convenient way to use OpenPGP. For those who don’t know what PGP is I can say this way: it’s something that Edward Snowden failed because he couldn’t force journalist Glenn Greenwald to use PGP tool to secure each other communication.

Pretty Good Privacy, is a family of software systems developed by Philip R. Zimmermann from which OpenPGP is based.

Do you remember this story?

When Edward Snowden first contacted journalist Glenn Greenwald in early 2013 about leaking thousands of classified documents, he wanted to use powerful encryption to ensure that intelligence agencies like his former employer, the National Security Agency, couldn’t intercept the conversation and leaks.

Problem was, Greenwald didn’t know how to use PGP encryption, so Snowden created an instructional 12 minute video for Greenwald complete with diagrams and voice obfuscation, so that he could learn how to protect his communications. (LeakSource)

“I didn’t really know what PGP was,” he admits. “I had no idea how to install it or how to use it.” It seemed time-consuming and complicated, and Greenwald, who was working on a book about how the media control political discourse, while also writing his column for The Guardian, had more pressing things to do. (RollingStone)

It was complicated and confusing — hell yes — and it’s the main problem with adoption of OpenPGP as a common use tool. I belive Privacy can change it.

Today I present very first version of Privacy (not even 1.0), with minimum functionality, but yet it’s most usable than any other available tool for this single task which is: easily send private message. 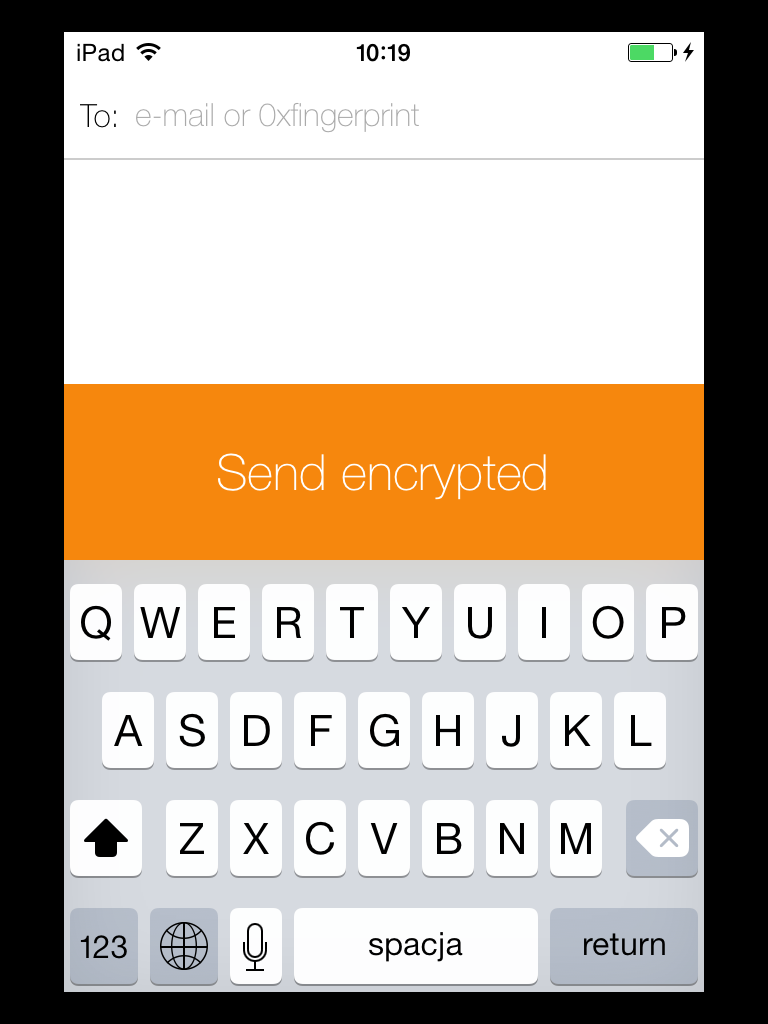 flow is as simple as this:

All encryption is done on device and nothing is ever transfered outside of device without encryption first. Encryption is handled by my framework: ObjectivePGP which is native implementation of OpenPGP for iOS and OSX.

Application is FREE, but will be paid with version 1.0.

Check video on Vimeo to see how it works.

iOS 8 has system extensions, and Privacy can be used as an extension, but most apps do not look for data returned from an app, to the bes that I can do is put the encrypted data on the clipboard.

Next is decrypting. I’m currently in the process of testing various solutions to bring the best user experience reducing complication to maximum. I belive I can do it and revolutionize how PGP is used.

In meantime I’m doing lot of improvements to ObjectivePGP to have yet better support of OpenPGP standard.